3 Types Of Eating Disorders And Their Symptoms Explained 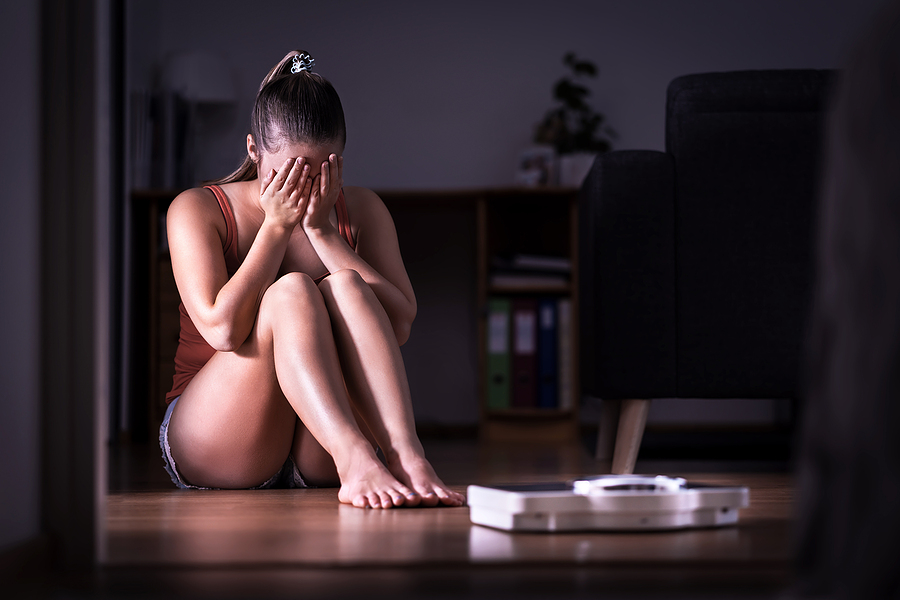 Eating disorders go beyond dieting. They are mental health conditions that manifest themselves in severe unhealthy eating habits. Eating disorders may begin with an obsession with one’s appearance, weight or food.

Professionals have found that eating disorders are complex mental health conditions developed from a variety of factors – social, psychological and environmental.

An individual’s personality traits could be a potential cause. Characteristics such as perfectionism, neuroticism and impulsivity are typically associated with a higher risk of developing an eating disorder.

Societal or cultural pressures to look a certain way could also cause an individual to develop an eating disorder in order to fit that mould. Negative comments about one’s appearance made by family members or peers and seeing photographs of perfectly posed models or celebrities on social media platforms can cause an individual to develop low self-esteem and compare their appearance to others. This unhealthy comparison can result in individuals yearning for a certain type of physique, typically slim and lean, thus increasing the risk of developing an eating disorder.

Types of eating disorders and their symptoms

Anorexia nervosa typically develops during young adulthood or one’s adolescence and tends to affect more women than men. It is characterised by the total or partial abstinence from food and encompasses behaviours such as dieting, an unhealthy preoccupation with exercise and sometimes purging through self-induced vomiting.

Individuals who suffer from anorexia nervosa often have body dysmorphic disorder as well, and tend to see themselves as overweight even when they are not. Some of the common symptoms of anorexia nervosa include:

Over time, when left untreated, anorexia nervosa can be damaging for one’s body. An individual suffering from anorexia nervosa may experience brittle nails and hair, thinning of bones and even heart or multi-organ failure in severe cases.

Bulimia nervosa is often associated with binge eating disorder. Those who suffer from bulimia nervosa tend to have frequent and recurring episodes of binge eating followed by fasting, purging or excessive exercise thereafter. These binge eating episodes generally happen in a short period of time and are emotionally-induced. They commonly occur with foods the individual would typically avoid. Purging arises due to the guilt and shame from overeating or to compensate for the calories consumed.

Common symptoms of bulimia nervosa include:

Bulimia nervosa can result in health conditions such as an inflamed throat, swollen salivary glands, acid reflux, dehydration and irritation of the gut. It can also create an imbalance of electrolytes in one’s body, which could cause a heart attack of stroke.

Binge eating disorder involves eating unusually large amounts of food in a short period of time, with no compensatory behaviour (such as purging or extreme weight loss strategies) after. Binge eating is typically triggered by an emotional event that causes the individual to turn to food for comfort. They would often feel ashamed, guilty and distressed after binging. Some may even develop depression from these extreme feelings of guilt and self-loathing.

Symptoms of binge eating disorder may include:

Individuals with binge eating disorder have a higher risk of developing obesity. This may increase the risk of heart diseases and diabetes which are linked to excess weight.

No matter the type of eating disorder, they are complex mental health conditions that typically require treatment to overcome. When left untreated, they can be damaging to the body and may even increase the risk of developing other medical complications.

If you or someone you know has an eating disorder and would like to seek help, our professional psychotherapist at Emotional Wellness can help you out. We provide professional therapy and counselling services in Singapore. In a cosy and relaxed setting, our psychotherapist will adopt a range of integrative counselling and psychotherapy techniques such as schema therapy, gestalt therapy, eye movement desensitisation and reprocessing (EMDR) and more to help free you from emotional distress.

Fix an appointment with us today — we can help you get to the root of your eating disorder and help you overcome it.