Understanding The Mental Health Effects Of Bullying On Youths 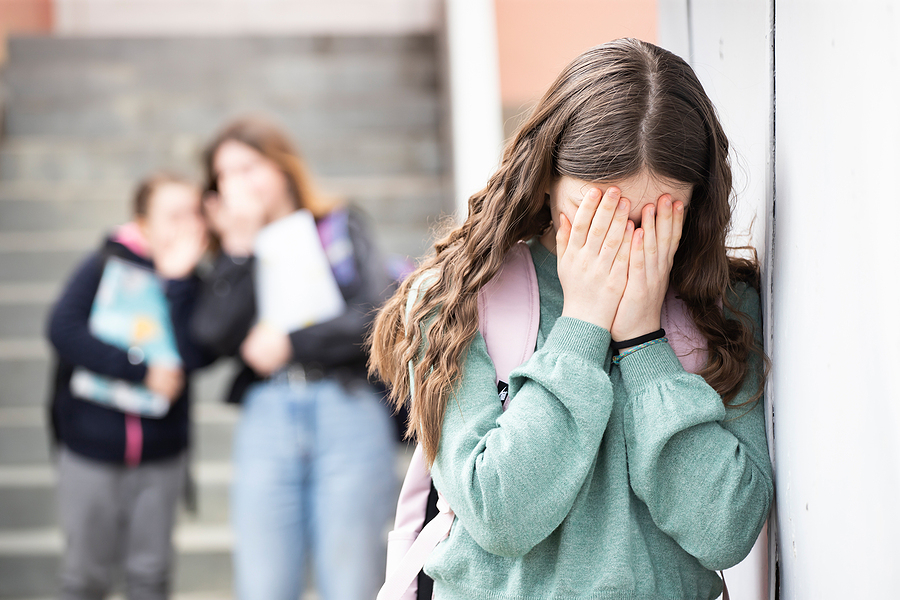 According to a study commissioned by Talking Point in 2018, 3 in 4 Singaporean teenagers had experienced some form of bullying. The fact that just 3 per cent of those polled had informed their parents about the bullying is even more concerning.

It is undeniable that regardless of its form, bullying has adverse mental health effects on youths. In this article, we discuss the types of bullying, their negative impacts and how to seek help.

Oftentimes, bullying is confused with fighting since the two can look very similar. In actuality, they are two separate issues. Bullying occurs when there is unequal power between both parties – where the individual with more power is the aggressor. Typically, the aggressor utilises this power, whether it is physical strength or social status, to hurt or control the victim. Victims may feel powerless and find it challenging to defend or stand up for themselves.

When it comes to bullying, most people may instinctively picture physical bullying. However, besides causing bodily harm to someone, bullying can come in many other forms. Here is a brief outline of the different types of bullying:

No matter if it is a one-off standalone incident or persistent attacks, bullying can affect the victim’s psychological and emotional well-being significantly. The following are some of the potential consequences of the various types of bullying.

If the victim is constantly ridiculed about their appearance or other aspects of their personality (for example, their hobbies or quirks), this may result in the development of low levels of self-confidence. Feelings of worthlessness and self-doubt will start to form as victims will feel like they are inferior as compared to others, including the aggressor. More often than not, this results in the victim feeling unable to stand up for themselves and feeling like they deserve to be bullied.

In severe cases, a low self-esteem may give rise to an increased possibility of developing  body dysmorphic disorders, eating disorders and self-harming behaviours.

With a low self-esteem, victims tend to isolate themselves and refrain from social interactions as much as possible. One of the reasons for this is the fear of attracting too much attention, which could lead to them being bullied. Generally, victims of bullying would try to stay under the radar and be closed off from others. Some may even develop social anxiety, a fear of intimacy and trust issues. Increased self-isolation may also result in the victim feeling alone, which could result in mental disorders such as depression.

The development of anxiety disorders is common among bullied teens. Victims may suffer from constantly feeling on edge that something bad is going to happen. Plagued with worries and fear, this could interfere with their day-to-day lives.

In extreme cases, if the bullying experienced was particularly abusive and persistent, there is an increased risk of developing post-traumatic stress disorder (PTSD) and panic attacks.

4. The bullied becomes the bully

In some cases, victims may retaliate with similar bullying tactics, against the original bully, weaker targets or even their loved ones. This is because the pain and injustice that they have suffered as victims causes them to feel angry and motivates the desire for revenge. One prime example to illustrate this are the school shootings in America, where revenge was a major reason why this unfortunate tragedy struck. The culprits were originally victims of bullying and wanted to get back at those who had hurt them.

As the abuse worsens, victims may become desensitised to the serious effects of bullying and fail to recognise the impact it can have on others. When the bullied becomes the bully, the cycle of bullying continues, with more and more people becoming victims.

The cycle of bullying can stop if a third-party such as an adult, steps in to intervene and diffuse the situation. Thus, if you are a victim of bullying, do not feel afraid to speak up and approach a trusted adult for help. Once you have put an end to the cycle of bullying, you can consider seeking professional counselling in Singapore to work through the effects and issues.

If you are hoping to seek professional help to work through the effects of bullying and free yourself from emotional distress, Emotional Wellness is here for you. A reputable counselling centre, we offer youth counselling in Singapore for a myriad of issues – from exam stress, low self-esteem, depression, anxiety and more. Our qualified psychotherapist adopts integrative counselling and psychotherapy techniques to help you overcome these issues and lead a fulfilling life.

Fix an appointment with us today, and let us work together to address and overcome the negative effects of bullying.